In my monthly column for Edina Magazine, I lay out the perfect summer sippers for any summertime occasion and food pairing al fresco.  Not to mention, the ULTIMATE wine for grilling!

June is a month perfect for nuptials, white wines, linen and seersucker. Readers, like wedding guests, grow philosophical at this time of year. “What is love?” they might ask. Linguist Samuel de Juan ponders this question on New Year’s Day in Barcelona. When a cat runs into his apartment, refusing to leave, his presence changes Samuel’s life. He names him Mishima. When Mishima leads him into a neighbor’s apartment, a friendship begins. Love in Lowercase is Francesc Miralles’ delightful new novel. It reads quickly, and, like a fine wine, has a strong finish. Available at Magers & Quinn Booksellers.

–Maureen Millea Smith is a librarian at the Edina Library and a Minnesota Book Award-winning novelist. 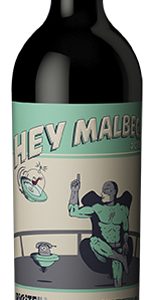 I love the smell of wood smoke and smoldering barbecue. While most would argue that beer is the ultimate pairing to foods hot off the sizzle, libation/pairing enthusiasts should try pairing grill eats with a variety of grape varietals. Pair a few grüner veltliners from Austria with grilled asparagus or seafood. Most pinot noirs are great for pairing with salmon, poultry and leaner meats. But if you had to select just one grape for most smoky, grill marked and meaty foods, choose malbec. Matias Riccitelli’s Hey Malbec! from Lujan de Cuyo, Argentina, is a juicy mouthful of classic flavors like ripe blackcurrant, spicy black pepper, juicy blueberry and dried violet. Approachable and delicious, Hey Malbec! is an ideal match for many foods but is also enjoyable on its own. Bring a bottle to your next summer barbecue and watch this wine become a hit at the party. Look for similar selections at Edina Liquor.

Linda Peterson is a veteran of the Twin Cities music industry. She hails from the Petersons, Minnesota’s first family of music, and has spent a lot of time using her piano and singing gifts around the globe. Her newest CD is called You Gotta Be Somewhere, and features songs she has written and recorded in New York to Buenos Aires to Copenhagen. Her brothers Ricky, Paul and Billy Peterson help create a whole new jazzy sound on “Too Late to Make Me Over.” Her son, Jason, who tours with Michael Bolton, plays keyboards and sax on the CD, and is co-producer alongside Billy. One of Linda’s favorite songs, “Buenos Aires Dreams,” features legendary Argentine guitarist Luis Salinas. This CD has a bluesy/ jazzy feel to it, with a sprinkling of the bolero sound from south of the border.