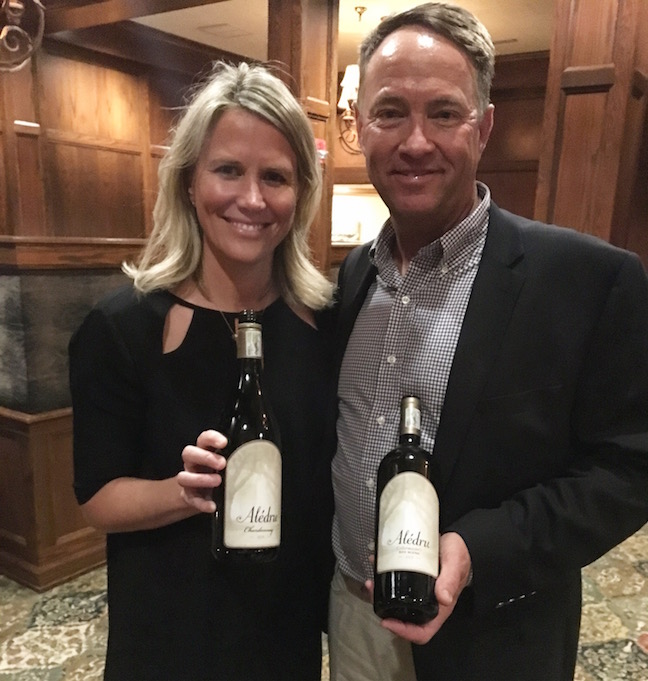 The Ryder Cup, one of the most prestigious golf outings of the year.  Featured as a biennial event, millions will watch this September from Minnesota’s own, Hazeltine National Golf Club, as some of the world’s best players team up to represent Europe and the United States.
This year, the U.S. team is captained by golf professional, Davis Love III.  A gentleman that not only shares great passion for the game of golf, but of another subject that happens to be quite near and dear to my own profession and passions, wine.  On September 16th, just weeks from the professional tournament that will give bragging rights to some of the biggest names in golf, I hosted one of the only events with the golf captain that found Mr. Love III sharing more than just the subject of golf.

Wine, a subject that many sports professionals, musicians, actors and more have come to find have more than just a love for at the dinner table.  As the years have passed, we’ve not only seen celebritized figures sink millions into creating their own wine labels, but actually take pride creating portfolios that work to mimic their own palates, tailoring wines that are truly all their own.  In the case of Davis Love, it was not only his love for wine that connected him to the world of wine, but it was the lifelong friendship of childhood friend, already of the wine industry, that put him the position of creating his own wine label, Alédru (named after his two children: Alexia and Dru).
After hosting the wine event with Mr. Love, I was reminded of the hundreds of sports figures before him that have put their name behind wine labels.  Some, in my opinion, done perhaps, as a way to add more to the overall brand of their figure, but some as a way to connect themselves to their true love of wine and the community from which it comes.  While I’ve written quite a bit about the subject (celebrities owning wineries) within my blog, I thought the timing was almost perfect for a little recap of some of the world’s most prominent sports figures and celebrities that have chosen to add ‘wine’ to their résumé.

Let’s start first with the golfers.

One of the biggest golf names to date connected to the industry is Greg Norman.  Greg Norman Estates no longer a small ‘fish’ in the pond of wine, but a whale in the industry making wine in Australia, California and Argentina.   While the wines have never truly intrigued me, they can be found on most country club wine lists for the sake of well, golf.  Next up, golf legend Chi Chi Rodriguez.  The golfer owns a fun Amador County, California Mourvèdre label that comes to us by way of a collaboration between Chi Chi and Californian Robledo Family Winery.  The wine is named after its vineyard, Chipatchi Vineyard, so named for Chi Chi and his wife, Pat.  A wine I’ve personally never tried, but am sure is as spicy as the golfer’s reputation.  Of course the list would not be complete without golf legend, Jack Nicklaus, so we toss in the legend’s Napa Valley Cabernet that sells for a cool Benji or more, depending on the one you choose.  Rounding out the list of high profiled golf pros, we add David Frost for his South African wine, Gary Player for his own South African collection and American, and Luke Donald, as he partners with wine mogul, Tony Terlato (as Jack Nicklaus did), to create another monstrous Cabernet from the Napa Valley.
As the list runs long with a slew more, followed up by a heap of athletes, musicians and rock stars

(Dave Matthews, Drew Barrymore, Fergi and Josh Duhamel, Brad and Angelina Pitt, Mike Ditka, Martha Stewart, Wayne Gretzky, and John Elway just to name a few), there are really just a couple that I can honestly say really knock it out of the park for excellence.  (Not that rest have put out ‘bad’ wines, but it is these two that really just hit my mark for really good.)  Both are labeled by professional athletes and one that still swings a golf club ‘easier’ than anyone on the course.  Of course I’m talking about ‘The Big Easy’ himself, Ernie Els, of his South African wine project.  Secondly, rock star quarterback, Drew Bledsoe for his most recent Walla Walla, Washington portfolio.

One, while I’m never a fan of throwing a celebrity’s name on anything that isn’t excellent, as there have been many that perhaps, never really hired the right man or woman for the job of winemaking.

Not the case with these two.  In Ernie’s situation, he originally teamed up with longtime winemaking pal, John Engelbrecht and his family to create a portfolio of South African wines. 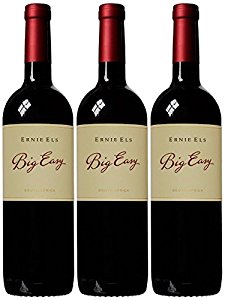 Since then has created a wide variety of wines that not only range in price, are comparable to their price-points but has worked to create wines that truly represent his home country.  From his Guardian Peak blended red labels to his Ernie Els Signature reds and his ‘Big Easy’ Shiraz blend and Chenin Blanc packaged white, the golfer, in my opinion, has positioned himself well with a fantastic retirement project.  The second of my fist bumps and high fives goes to NFL retiree, Drew Bledsoe as he works with longtime friends of mine and U.S. winemaking celebrities, the Figgins’ Family of cult-statused Washington winery, Leonetti.  Again, making a variety of solid wines from his ‘Doubleback’ label, his kitschy Grolsch topped liter red fondly named ‘Bledsoe Family Wine’ to his ‘Signature Series’, Drew did right by hiring the right winemaking consultants for the job.  The wines are truly worth the buck you’ll pay for them, allowing wine enthusiasts to focus on the wine at hand versus the name on the front label.
With all of the wine in the world and a slew of family owned wineries out there still trying to get their names even barely recognized, it’s hard as a wine professional to promote the big guys that use ‘buying a winery’ as a way to fulfill a hobby.  But in the case of these professionals, I support their endeavors.  Not only did they both do it right, in my opinion (making good wine), but have used their status as a way to raise money for charities that are truly their own.

Clink Clink, Ryder Cup Fans!   May you find a wine that is worthy of the championship at hand.