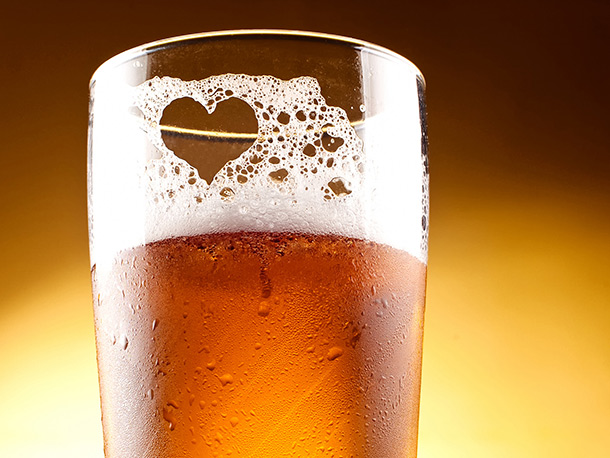 Food writer M. F. K. Fisher once said, “Sharing food with another human being is an intimate act that should not be indulged in lightly.” What could be more intimate that sharing foods that have an aphrodisiac affect. And while wine is generally considered the beverage of romance, I would make the case that beer is equally amorous in the proper setting.
With Valentine’s Day just a little over a week away, it seems appropriate to explore some more scintillating pairings.

Oysters
Since the time of the Roman Empire people have eaten raw oysters to increase libido. 18th-century lover Casanova reportedly breakfasted on 50 of the slippery mollusks daily. In 2005, Italian and American scientists found that oysters are rich in rare amino acids that increase sex hormones in both men and women. 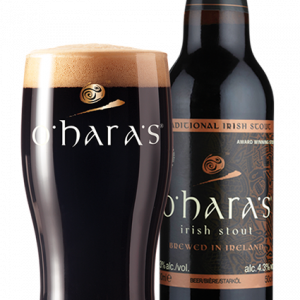 Oysters and dry Irish stout happens to be one of the beer world’s classic pairings. The dry, roasted maltiness creates a contrast that brightens the bi-valves briny tang. They work so well together that some brewers make oyster stouts that actually incorporate oyster shells and meat in the brew. There are many Irish stouts to choose from and any of them will work just fine. My favorite is O’Hara’s Irish Stout from the Carlow Brewing Company in Ireland. Guinness and Murphy’s are authentic Irish brands that are available almost everywhere. For something domestically brewed try North Coast Old #38.

Asparagus
Asparagus is first mentioned as an aphrodisiac in a 15th-century Arabic sex manual called The Perfumed Garden. It appears again in a 16th-century manual from India called Ananga Ranga. In 19th-century France, bridegrooms were reportedly served three courses of the stuff at their prenuptial dinners.
Asparagus has a special affinity for the golden ales of Belgium. The vegetal flavors of the sexy spears are amplified and enhanced by the cotton-candy sugar, spice and fruit combination brought about by Belgian yeast strains. A Belgian blonde ale like Grimbergen or Leffe will do quite nicely. 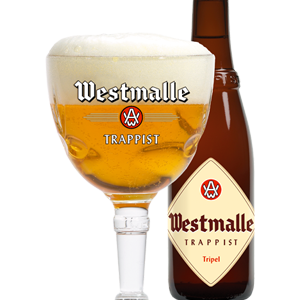 To further reduce your inhibitions try a higher alcohol Belgian Tripel. Westmalle Tripel is the original of the style and perhaps the best in the world. Don’t let the fact that monks brew it keep you from indulging its seductive beauty. Maredsous Tripel is another great choice from Belgium. Wrap blanched asparagus with prosciutto and puff pastry and bake for a can’t-miss romantic treat.

Arugula
When you think of aphrodisiacs, this peppery green is probably not the first thing that comes to mind. But arugula has been used to spice up romance since the first century AD. The Greek philosopher Pliny identified it as a libido booster, and the Romans offered it to Priapus, a god of fertility. Who knew?
Arugula’s spicy flavor and slight bitterness call for a beer with similar qualities. The spicy hops and moderate bitterness of pilsner is a perfect match. Like calms like in beer and food interactions, so here the bitter beer helps smooth the bitter leaf, letting the peppery zing of each intertwine without interference. Try Venture Pils from Bent Paddle Brewing in Duluth, or my favorite Schell’s Pils.

Figs
Food doesn’t get much more sensual than figs. From its rich, chewy texture to its appearance that is said by many to resemble certain female parts, the fig is perhaps the ultimate food of love.
Figs want a beer that is as smooth and sensual as they are. Malty sweetness is called for rather than bitter hops. Some warming alcohol is welcome, too. A doppelbock lager will do quite nicely. These potent brews feature luscious caramel-like maltiness that is underscored by tantalizing notes of dried, dark fruits like figs and raisins. Paulaner’s Salvator Doppelbock emphasizes caramel. The darker Celebrator Doppelbock has more dark fruit and subtle hints of chocolate. 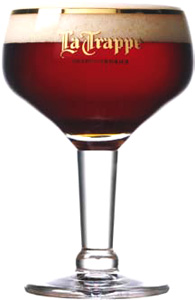 A Belgian dubbel also works with figs. The malty base is similar to a doppelbock with added bread-crust nuance. Fermentation with Belgian yeast strains enhances the dark, rum-raisin fruitiness. I recommend La Trappe Dubbel and St. Feuillien Brune. Or pick up a growler of Dark Abbey Belgian Style Dubbel from Harriet Brewing in South Minneapolis.

Chocolate and Raspberries
Chocolate and raspberries are both reputed libido enhancers that just happen to work beautifully together. The neurotransmitters that bring feelings of euphoria during sex are also present in chocolate. And let’s face it; ruby-red raspberries just look sexy.
One approach to this pairing is a rich and roasty imperial stout. Bittersweet chocolate notes in the beer complement the chocolate and provide contrast to the acidic berries. Try North Coast Old Rasputin or Lift Bridge Silhouette Imperial Stout.
To come at it from the berry side choose a sweetened raspberry lambic like Lindemans Framboise or Timmermans Framboise. It’s the same complement and contrast dynamic as above, except reversed. 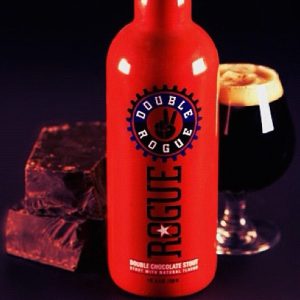 You can do away with the food altogether by blending raspberry lambic with a chocolate stout. Chocolate stouts are brewed with chocolate or cocoa, doubling the chocolate flavors that come from roasted malts. Do a 50/50 blend of the lambic with Samuel Smith’s Organic Chocolate Ale, Rogue Double Chocolate Stout. The Rogue beer has the extra benefit of coming in a big, Valentine’s red bottle.

For more of Michael, catch his monthly beer

column for the Star Tribune Taste Section, follow his blog on A Perfect Pint, and his award-winning column for well known beer magazine, The Growler.