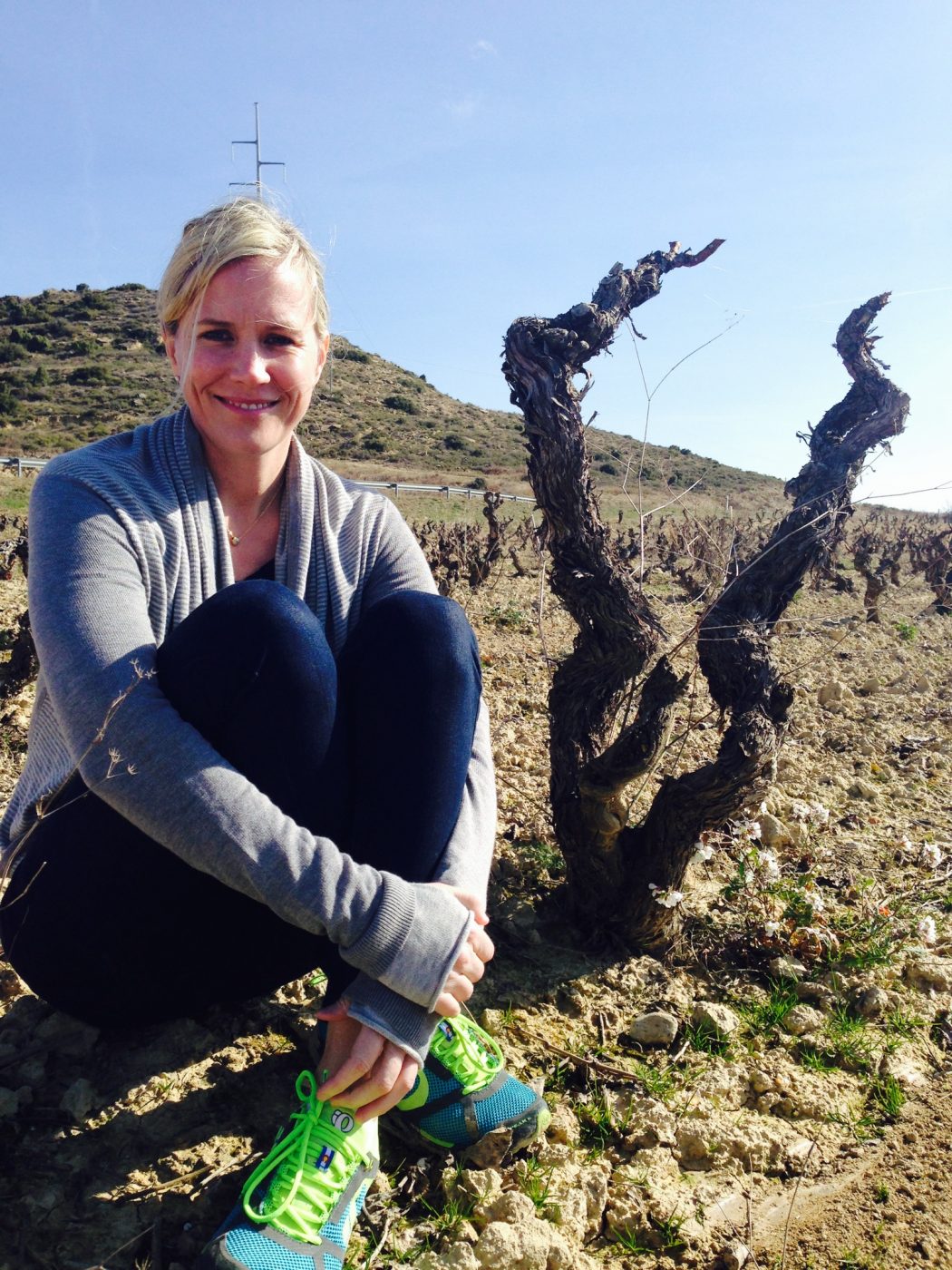 This month in Edina Magazine, I share our adventures in Spain & Portugal.

Leslee Miller is a certified sommelier and regularly shares her expertise and love of wine in the ‘Drink’ segment of Edina Magazine. If you enjoy reading her wine picks and pairings, you’ll appreciate this chronicle of her spring trek through the wine regions of Spain and Portugal. —Angela Johnson, editor

Home to some of the world’s most celebrated architecture, history and culture, the Iberian Peninsula is one of the most fascinating places I’ve traveled to. Covering the most western points of Europe, the Iberian Peninsula encompasses Spain, the land of siestas, tapas, flamenco and historic architecture, and Portugal, home of tantalizing seafood and dramatic landscapes.

The reason for my trip was not only for the travel experience, but to better understand the wine regions of these countries. For an entire month, I explored each country, sipping and eating my way through major wine regions—studying, interviewing and examining every aspect of gastronomy, viticulture and social culture. A reconnaissance of sorts, you could say, or as we call it in the wine industry, homework.

After my time abroad, I’m frequently asked if I’d do it all the same way again. We drove almost 3,000 miles in three weeks and spent another week traveling by train. I’ll admit this trip was a big one. And it was necessary to have a detailed plan with a number of direct appointments made well in advance to visit as many wineries as possible, plan for winery stays and see as many tourist sites as possible.

First, the two major cities travelers should visit while in Spain are Barcelona and Madrid. Barcelona is famous for many things, but most importantly for its magnificent architecture. One of the city’s largest tourism draws is the Sagrada Família, a cathedral designed by late Catalan architect Antoni Gaudí. The site, which has been under construction for more than 100 years, is a must-see. Barcelona is also home to a wide variety of museums and shopping areas. Madrid, on the other hand, is the country’s capital, similar in character to New York City. It’s well known for its bustling central squares, fine art, exuberant fashion, Michelin-starred cuisine, entertainment and world-famous sports arenas. So if you want to bookend your trip with renowned locales, start with these two cities.

From Barcelona, there are a number of directions to take, depending on the style of trip you’re planning. Because I was focused mainly on wine regions, we headed east toward the influential wine regions of Penedès, known for its production of sparkling wine called cava, and Priorat for its illustrious garnacha grape-based red wines. Penedès is easy to get to from Barcelona by car in just 45 minutes. Priorat is a bit farther but still worth the trip, since it’s one of the most ruggedly picturesque wine regions in Spain—a wine lover’s paradise. Though it’s home to world-famous wineries, it’s a good idea to call ahead, as they are by appointment only. Worth the time and energy, Priorat is truly a magical existence.

From Priorat, we traveled north to Spain’s most visited wine region, La Rioja. This region, split into three winemaking landscapes, takes shape around the large city of Haro. While we stayed in a few of the more outlying villages, I would recommend a few nights’ stay in Haro, a dreamy, castle-like area of about 13,000 people and home to some of the area’s most sought-after wines. Appointments are recommended for winery visits, but you may get lucky if you try your hand at “day of” tours and tasting visits. Be sure to spend enough time in the region to enjoy the area to its fullest.

Then we traveled north to Pamplona and Bilbao. Pamplona, most known for its Running of the Bulls festival in July, is a breathtakingly quaint town. Views of the famous river Ebro, along with the city’s mouthwatering pintxo bars (pintxo is the local word for tapas) are draws for anyone looking to escape city life for a day. Just north of Pamplona sits the chic city of Bilbao. Blown away by its metropolitan-like urban feel, we took in the sights, enjoyed delicious food at streetside cafés and visited the world-famous Guggenheim Museum. But if you’re headed to Spain strictly for wine, you might want to leave Bilbao and Pamplona for another trip, as this detour does add a great deal of mileage to the overall excursion.

Back on the wine trail, we drove southward to three wine regions, all within approximately 90 minutes of each other: Ribera del Duero, Rueda and Toro. Ribera del Duero is home to Vega Sicilia winery, which has attained cult status, and most notable grape, the tempranillo. It’s a lovely rural region perfect for those who enjoy views of vineyards. Next door to Ribera are Rueda, recognized for its lively white wines made of the grape verdejo, and the region of Toro, acknowledged for its meaty, rustic red tempranillo wines.

My recommendation for accommodations, as it was the coolest overnight stay of our entire trip, is to take the 20-minute jaunt from Toro to the small town of Salamanca to discover the Castillo del Buen Amor. If you’ve never had an opportunity to stay in a 14th century castle, this is your chance. It’s the ultimate five-star experience, with an onsite restaurant just as refined as the castle’s luxurious surroundings.

If you want to see the northern half of Spain before heading into Portugal, I suggest driving the scenic coastline of Galicia just two hours north of Salamanca. Like its own little country, Galicia, with its wet Mediterranean climate, is off the beaten tourist track, but is home to some of the most hospitable people in all of Spain.

Next on our list was a truly decadent experience in the portside city of Porto and the Douro Valley of Portugal. Porto is romantic and dreamy, and home to the fortified sweet wines of its country. Old Port houses line the Douro River, making it one of Portugal’s most visited cities, and just a 45-minute train ride away is the famous Douro Valley. Breathtaking, mesmerizing and truly magical, the Douro Valley will forever be ingrained in my memory as the most gorgeous wine region I’ve seen to date. Even if wine isn’t the reason for your travels, the train ride into the Douro Valley is still a must for any sight-seeing enthusiast.

If you’re up for a little more time in the car, head south about five hours to the country’s capital of Lisbon. Recognized worldwide for its importance in finance, international trade and tourism, this busy metropolis offers terrific seafood, art and spacious city plazas. For entertainment, take in a late afternoon or evening performance of fado, the urban folk music of Portugal that blends Afro-Brazilian music with local genres of song and dance.

Once you’ve had your fill of city life and are ready to soak up more of the countryside, head further south to the tip of Portugal and take in dramatic coastline views while making your way to the surfside village of Sagres. Along the way, you’ll fall in love with Portugal’s national park preserves.

After a day in Sagres, we drove directly east, making our way back into Spain and through to the winemaking region of Jeréz, best known for its production of sherry. Here, Spain’s tradition of late-night tapas, long afternoon siestas and fantastic architecture are in evidence. My recommendation to anyone visiting this area is to spend at least a day in Jeréz and the city of Sanlúcar de Barrameda. Visiting a traditional sherry house will be a memorable wine-tasting experience.

As you drive south of Jeréz and through the cities of Cádiz, Málaga, Granada, Córdoba and Seville, the hospitality, food, culture and architecture are without peer. If you must, add Gibraltar to your route, keeping in mind it’s only worth the trek if you’re headed to see the Rock of Gibraltar.

Continue south and discover some world-famous historical sites. In Granada, one should not miss the elaborate Moorish castle of Alhambra. In Córdoba, the Mezquita-Catedral mosque is an astonishing architectural site filled with history.

Last but certainly not least is the exquisite city of Seville. Romance and history abound in this dreamlike city. The five days we spent there before heading north to Madrid was the best time spent in any single city of our entire trip. Late-night flamenco and early-afternoon bullfighting are the entertainment options of choice. Between the city’s famous Catedral de Sevilla, lush city parks and charming 100-year-old tapas bars, Seville is a city you’ll want to visit again and again.

So my answer to the repeated question, “Would I do it all the same way again?” is “You betcha.” Would I recommend this trip to travelers with enough gusto to do it the same way I did? Absolutely. But prepare yourself, as this will be, as it was for me, the trip of a lifetime!