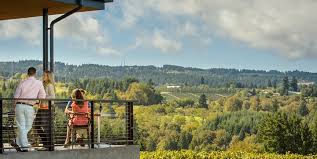 This month in my column for Edina Magazine, I showcase a Pinot Noir from one of my favorite family owned Oregon wineries, Ponzi Vineyards.  Take a peek!

Read
While promoting a new cookbook in 2009, Ruth Reichl, editor of Gourmet magazine, was called back to New York to learn that the magazine was being shuttered. She was 61 years old and out of a job. Her worries became the same worries of the many people navigating the Great Recession. In My Kitchen Year: 136 Recipes That Saved My Life, Reichl, also the author of Tender at the Bone and Comfort Me With Apples, cooks her way through her losses. For a reader in February, there is nothing better than living with Reichl for 12 months, savoring her home, her family and her apricot pie.
Available at Barnes and Noble.

–Maureen Millea Smith is a librarian at the Edina Library and a Minnesota Book Award-winning novelist. 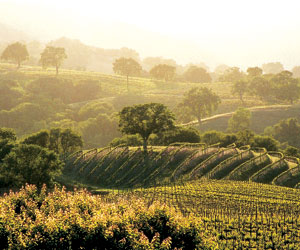 Drink
Last year, Americans consumed over 893 million gallons of wine. But with growth comes demand for a larger conglomerate of wineries to produce more wine. Once upon a time, the majority of U.S. wineries were family-owned. That number is shrinking. I generally strive to select wines from family-owned, single-ownership wineries because I get the sense the wines are made more fully from the heart. Ponzi Vineyard of the Willamette Valley in Oregon was founded by Richard Ponzi in 1970. It’s now run by his two daughters, Maria and Luisa. They focus not only on family tradition, but know how to make delicious wine. Try the 2012 Willamette Valley pinot noir. A classic expression of Willamette Valley fruit, this pinot elegantly balances with notes of rich black cherry, hints of black tea, raspberry and cassis, making this one family tradition I can stick to.
Available at France 44.

Listen
My son Jordan introduced me to multi-instrumentalist Ben Rector when we were going on a road trip up north. My son looks for songs with depth, simple but beautiful piano chords, and music that talks about life. Rector is based in Nashville, and while in college he released his first EP, which won him critical acclaim as grand-prize winner in the 2006 John Lennon Song Writing Contest. He was the youngest person to ever win the award and quickly began touring and recording. He currently has six solo CDs. His latest is called Brand New. Rector writes about life, home, love lost and found, and remembering to call your mother (which I approve of!). His song “More Like Love” is one of my favorites.
Available on iTunes at Amazon